We would like to offer our sincere support to anyone coping with grief. Enter your email below for our complimentary daily grief messages. Messages run for up to one year and you can stop at any time. Your email will not be used for any other purpose.

Share a memory
Obituary & Services
Tribute Wall
Read more about the life story of Edward and share your memory.

Edward K. Swiencki, 86, of Crabtree, died Tuesday, January 17, 2023.  He was born July 04, 1936, in Jeannette, a son of the late Edward J. and Agnes Malinoski Swiencki.  Ed was retired from the former General Tire Jeannette.  He was a member of St. Bartholomew Church and a social member of the Crabtree Volunteer Fire Department.  Ed had a passion for hunting and enjoyed golfing.  When his children were growing up he enjoyed coaching baseball and being a Cub Scout Leader.  In addition to his parents he was preceded in death by his daughter, Theresa Janczewski and granddaughter, Tammy Lynn Mough.  He is survived by his loving and devoted wife of sixty-four years, Barbara J. Fabery Swiencki; four sons, Michael Swiencki (Jonathan Cruz) of Atlanta, GA, James Swiencki (Kim) of Greenwalt, Joseph Swiencki (Erica) of Blairsville and Richard Swiencki of Crabtree; two grandchildren, Jessica Janczewski (fiance Jonathan Greenawalt) and Jake Swiencki (fiance Lexi Henry); two great grandchildren, Grayson and Owen; five step grandchildren, Samantha Shacreaw (Dan) and Dan Shacreaw (Rachel), Nick, Tyler and Archer; sister, Mary Ann Nalevanko (Thomas) of Crabtree and several nieces and nephews.  Services will be held at a later date.  Ed’s family has entrusted his care to the Clement L. Pantalone Funeral Home, Inc. 409 W. Pittsburgh Street, Greensburg, PA 15601, (724) 837-0020.  For online condolences / directions, visit us at pantalone.com. Natale N. Pantalone, supervisor.

To send flowers to the family or plant a tree in memory of Edward K. Swiencki, please visit our floral store. 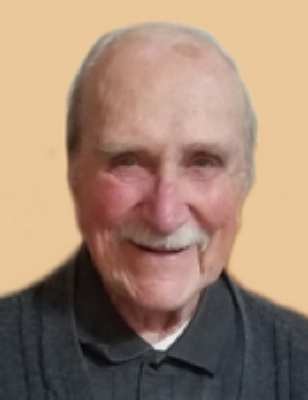 In Loving Memory Of

Look inside to read what others
have shared
Family and friends are coming together online to create a special keepsake. Every memory left on the online obituary will be automatically included in the book.

In Loving Memory Of

Look inside to read what others have shared

Family and friends are coming together online to create a special keepsake. Every memory left on the online obituary will be automatically included in the book.

You can still show your support by sending flowers directly to the family, or by planting a memorial tree in the memory of Edward K. Swiencki
SHARE OBITUARY
© 2023 Pantalone Funeral Home. All Rights Reserved. Funeral Home website by CFS & TA | Terms of Use | Privacy Policy | Accessibility